I use Git on a daily basis to manage all the code I write both at the office and at home. One of its major features is the possibility of changing the log message of any commit, as long as it has not been already pushed upstream. Try to do that with Subversion :P Suppose that you have commited with a misspelling in the message:

Well, Git allows you to change the message even if you have already commited in one simple line:

That will start your editor of choice (defined with the EDITOR variable in the shell) so that you are able to change not only the log message, but to:

Today, I was working on a project that enforces you to reference a Trac ticket in each commit message (which, by the way, I think is a good idea). Apparently, I had been working in my local branch for a while, commiting several times without pushing (shame on me). Finally, my push attempt was rejected by the server because I hadn’t referenced a ticket in a previous commit. Now, I am used to change the message of the last commit (see above) but I had never needed to change another one. If you ever find yourself in such a situation, you can work it out with the following command:

See below a screenshot of my editor in the process of rebasing commits: 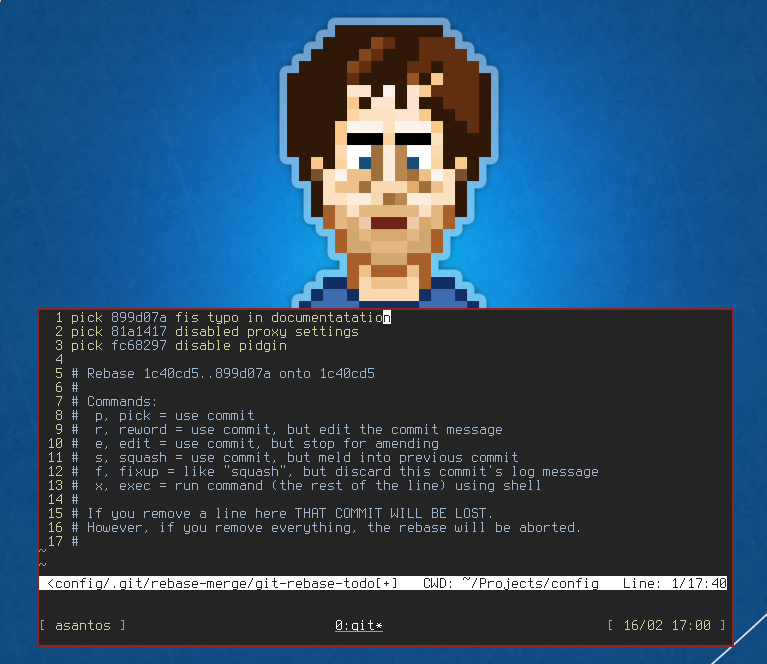